Recently I have been spending a lot of time going out with the Sifaka team recording the behaviour of the Milne-Edwards Sifaka (Propithecus edwarsi). These Sifakas are the largest lemurs found in Ranomafana National Park (RNP) and have been continuously studied here since 1987.

Formerly considered a subspecies of the Diademed Sifaka (Propithecus diadema) P. edwarsi is now considered a full species and is listed as Endangered by the IUCN. Ranomafana National Park is the stronghold for this Lemur species with half of the total population thought to be found within the park. 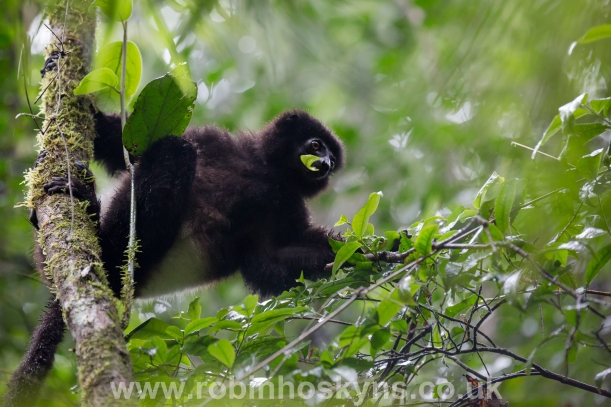 Sifakas are social animals and live in groups of 3 to 9 individuals and like many Lemur species females are the dominant sex. They occupy large home ranges covering 45 to 55 hectares. Both male and female sifakas regularly mark their territory with scent.

Unlike other lemurs that move in a more quadrapedal fasion, Sifakas are vertical clingers meaning that they leap from trunk to trunk using their huge back legs performing a 180 degree twist in midair to land back feet first. It is incredible to see them moving through the forest hopping from one trunk to the next.

Including Sifakas, 8 species of lemur have been studied long term in RNP and environmental variables such as rainfall and temperature have been recorded for this period as well as tree phenology. This data is especially important for studying the effects of climate change on endangered species restricted to isolated areas of habitat.

P. edwarsi are long-lived, they have been recorded as living up to 30 years old in Ranomafana. They reproduce slowly and older females continue to give birth until death with most infants born in June and July. Their diet consists mainly of leaves, fruits, and seeds and varies seasonally, with a preference for fruits and seeds when available and leaves when fruits and seeds are not available. 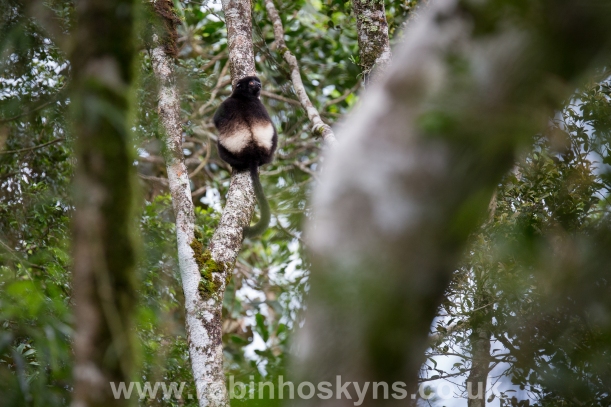 Much of Ranomafana was subject to logging in the late 1980s and the effect of the differing levels of anthropogenic disturbance on the Sifakas has been well studied. Groups in unlogged forest have been found to consume more calorie and nutrient-rich fruits and seeds than groups in previously logged forest, which consume more leaves.

Groups living in logged forest travel less per day to minimize energy use, but cover a larger area overall to acquire resources. Sifaka groups in the unlogged forest appear to need less area to acquire necessary resources due to increased availability, but move more per day throughout the year to obtain higher-quality but patchily distributed resources, such as fruit.

A few images of four of the Lemur species  I regularly encountered whilst in Kianjavato that I never got round to posting. Looking forward to getting some images of the Milne-Edwards Sifaka and Golden Bamboo Lemurs in Ranomafana NP although this might be more of a challenge as finding them could be a bit more difficult. 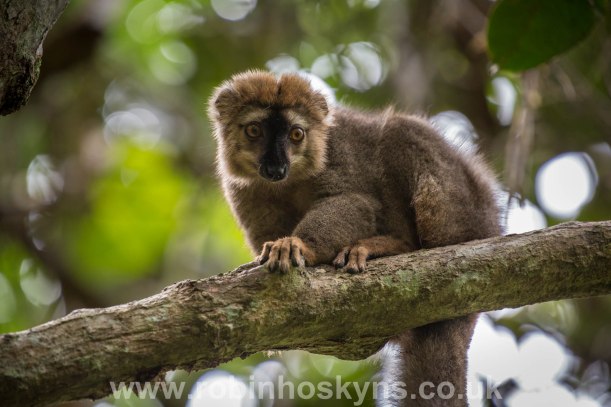 P. simus having a nibble…

A Greater-Bamboo Lemur living up to it’s name.

V. variegata looking up from a nap 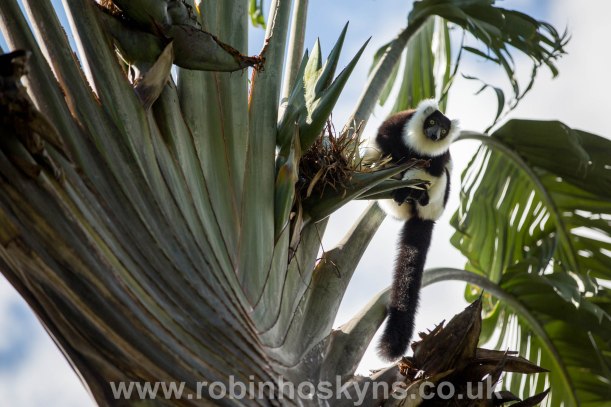 Varecia feeding on a Ravenala flower 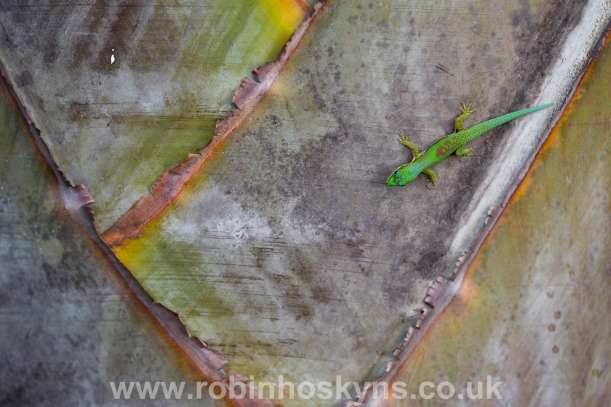 One of the ubiquitous green Day-Geckos on a Ravenala palm.

The first thing that hit me about Madagascar was the level of development or rather the lack of it. For the drive from the capital “Tana” to Kianjavato I had mentally prepared myself, expecting to be shocked by the lack of forest. Whilst there were very few trees remaining until we got close to Ranomafana national park the thing that took me by surprise was the sheer number of people. Madagascar’s population is over 22 million people and it seemed like a lot of these were out and about, using the road to dry rice, transport goods either in baskets on their heads or in wooden carts and moving herds of Zebu cattle. Almost the entire drive was village after village of mud brick houses and wooden huts surrounded by banana plants and rice paddies. Even the small bit of Tana we saw by day seemed distinctly rural. Having been here a little while now I’m getting used to the hustle and bustle of Madagascar and hopefully there will be more images to come soon! 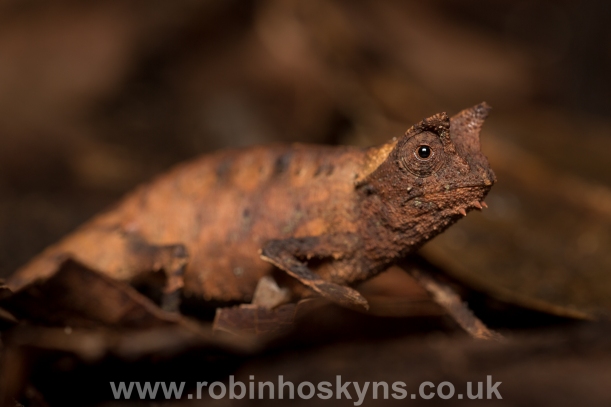 Vatovavy at sunrise taken from the camp site. 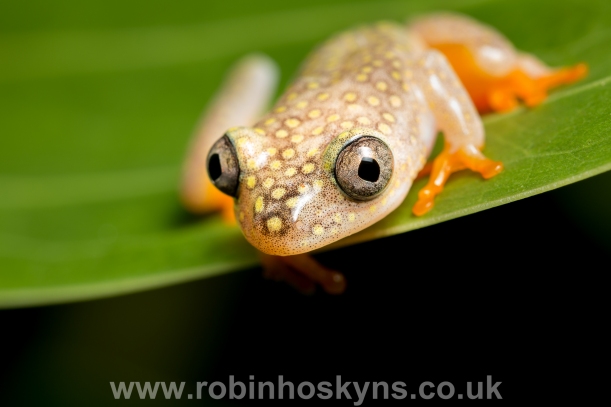 The most common frog around camp but one of the coolest! 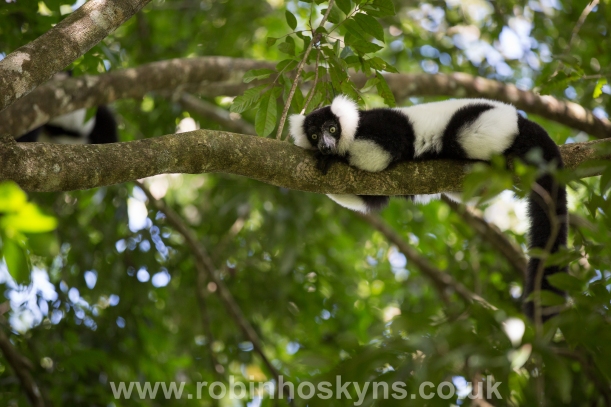 A varecia variegata  in a typical pose.